Police in eastern city of Lahore registered the charges against more than 40 other leaders of the Pakistan Muslim League Nawaz (PML-N) party.

“Nawaz Sharif, a convicted person, is maligning institutions and provoking the masses to rebel against the army and the government through his speeches from London,” police said.

Authorities accuse Sharif of conspiring against the country and attempting to denigrate Pakistan as a “rogue state.” 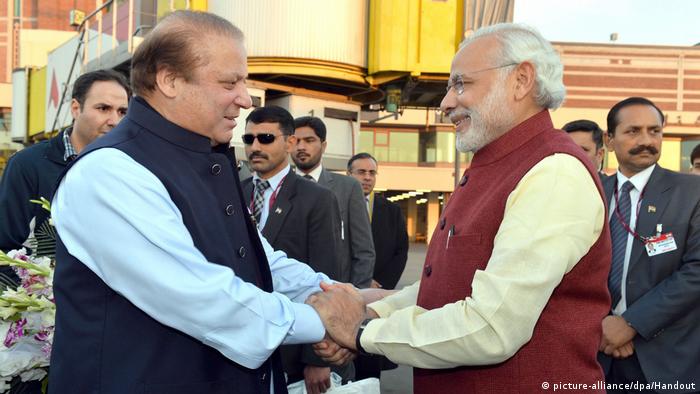 Sharif’s open criticism of the military

The charges come just two weeks after Sharif blamed the military for undermining democracy in Pakistan at a conference held by major opposition parties.

“Today, our struggle is against those who installed Imran Khan and who manipulated elections to bring an incapable man like him into power and thus, destroyed the country,” Sharif, who is currently in London for medical treatment and serving a jail term on corruption charges, said in his address to the opposition conference via a video link.

It was not the first time that Sharif and other opposition politicians accused the army of rigging the 2018 general election. However, the tone of the conference was predominantly anti-military, with almost all opposition parties agreeing that the country’s military has exceeded its constitutional role. In Sharif’s word, the Pakistani military is now “above the state.”

“It is saddening that the situation has escalated to a state above the state. This parallel government illness is the root-cause of our problems,” Sharif said.

In an interview with a local TV channel, PM Khan accused Sharif maligning the military generals at the behest of Pakistan’s rival India.

Protest movement to go ahead

Authorities have arrested several opposition leaders, rights activists and journalists ahead of the rallies. Rights groups accuse the military agencies of unlawfully detaining activists, journalists and political workers, and censoring the media.

Pakistan Democratic Movement (PDM), an alliance of opposition parties, is planning a series of rallies and protests beginning this month aimed at toppling Khan’s government.

Afrasiab Khattak, a senior opposition politician, said in a Twitter message that sedition charges against Sharif reflect the government’s fear of opposition rallies.

“Registration of case on charges of sedition and anti-state activities against PML-N leader Nawaz Sharif and his colleagues reflect the fear of the ruling junta on formation of opposition alliance PDM and its program for restoration of democracy & launching of a peaceful movement,” Khattak wrote.

PML-N spokesperson Marriyum Aurangzeb, who was also charged by police, said in a statement that “sedition charges cannot stop the opposition’s movement for restoration of democracy in the country.”

Tug of war between politicians, military

Ghulam Mustafa, a retired army general and defense analyst, blames Sharif for an increasing confrontation between opposition parties and the military.

“Nawaz Sharif works in an authoritarian way. He does not want to pay heed to the advice of national security institutions,” Mustafa told DW.

“Similarly, the Pakistan Peoples Party [headed by former president Asif Ali Zardari and his son Bilawal Bhutto Zardari] needs to take security matters seriously. Only these steps could lead to reconciliation. The military is in favor of a friendly environment,” the general added.

Explaining the reasons behind the military’s mistrust of Sharif, Qamar Cheema, an Islamabad-based political analyst, said Sharif tried to cut down the army’s powers during his third term as prime minister from 2013 to 2017. “That created mistrust,” Cheema told DW, adding that the military doesn’t want the civilian leadership to take “hasty decisions” to normalize ties with India, something which Sharif attempted during his third stint as premier between 2013 and 2017.

The analyst is of the view that PM Khan should try to bring the military and political class closer together.

“Khan is the leader of the House (parliament). He needs to create space for democratic groups, start a dialogue with the opposition. He does not even want to talk to them,” Cheema said.

“Actually, the prime minister has given more space to unelected offices,” he added referring to the military establishment. “It is not democratic behavior.”

The Pakistan government will provide the coronavirus vaccine free of cost to its people and plans are afoot to start the immunisation drive by...

The Pakistan government has cancelled the licences of 50 pilots for flying with fake credentials and authorities will probe how they obtained the certificates through unfair...

Pakistan’s most humiliating moment is reached every time someone is accused of blasphemy and sentenced to death. Proof is not needed; the court is just too...

NEW DELHI: While Pakistan and China have mounted a massive ‘dossier diplomacy’ at the United Nations seeking to link terrorist group Tehreek-i-Taliban (TTP) with India, it...

Pakistan battles a much more brutal second wave Having contained the virus better than its neighbour India and most Western countries, prime minister...

Gandapur Vows To Support KPL At All Levels