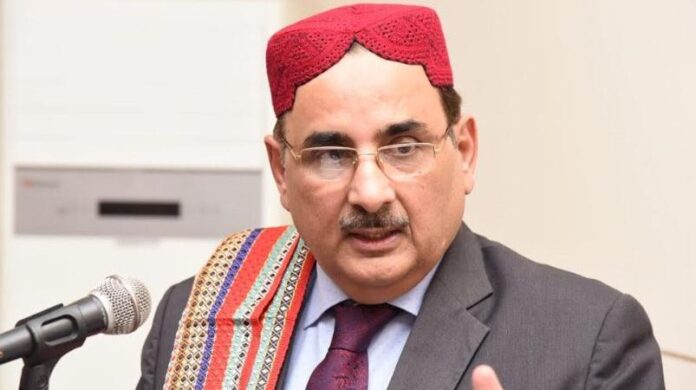 KARACHI: The Federation of Pakistan Chambers of Commerce and Industry (FPCCI) has warned the authorities that inflation above 6pc can hurt the country’s economic growth in post-corona slowdown, adding that a long-term strategy is required to keep the inflation rate in check.

In a written statement issued on Saturday, FPCCI President Mian Anjum Nisar said that Pakistan inflation surged to over 9pc in Sept as against stable annual inflation rate of 1.2pc across the world.

He urged the government to put the economy on a balanced and sustainable growth trajectory and address the underlying structural vulnerabilities, as low export growth, limited foreign exchange reserves, documentation of economy and higher food inflation still remain the major challenges for the economy.

He said that there is a consensus that a low inflation rate helps economic activities, while high inflation hurts economic growth. “High inflation environment affects decision making of all economic agents like investors, savers, consumers and producers as they remain uncertain about the expected payoffs from their decisions.

Moreover, persistent high inflation also causes erosion of the value of the local currency in terms of foreign currencies. Such uncertainties, in turn, have adverse implications for economic activities.”

Anjum Nisar further explained low inflation helps economic agents to predict outcome of their economic decisions with fair level of certainty. Especially, producers follow their plans for business expansion with more confidence; and new investment is undertaken in the expectation of predictable returns.

The FPCCI president stressed the need to build on gains made on the ‘ease of doing business front, which requires not just the capacity development in key public institutions, but also a continuous dialogue with relevant stakeholders to ensure smooth implementation.

Terming inflation a serious threat to economy, he urged the government to come up with out-of-the-box solution to expedite economic activities in the country.

The FPCCI president lamented that regular increase in oil, gas, power rates and rupee devaluation was posing threat to all sectors besides making life of common man miserable.

Over the past three months, he noted, prices of fresh vegetables, fruits and meat have increased massively while average inflation during the January witnessed 12-year high at 14.6pc this year — the highest inflation not only in comparison with the developed economies but also with emerging economies.

He said the IMF loan has had devastating effects on the economy, as with more taxes and increased rates of utilities, cost of production has further increased, rendering Pakistani exports uncompetitive in the global market.

An Indian army soldier was killed in unprovoked ceasefire violation by Pakistan on Wednesday on the Line of Control (LoC) in Jammu and Kashmir's...

The Economic Coordination Committee of the Cabinet (ECC) Wednesday approved the proposal of Petroleum Division for renewal of gas supply agreement (GAS) between Sui Southern Gas...

Is it time for male leaders to ‘lean out’?

Cute pictures of Sonya with her new born niece.