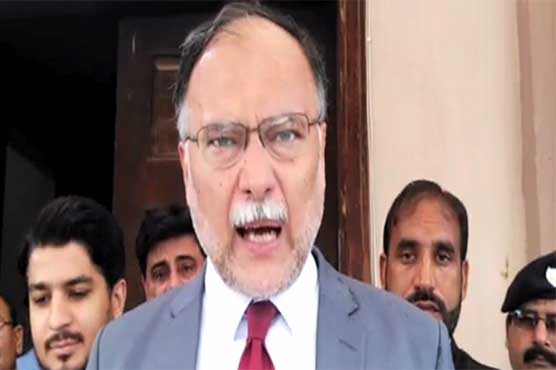 During the proceedings, the judge has directed the investigation officer to file reference against the PML-N leader as early as possible.

Previously, National Accountability Bureau (NAB) had sought time from accountability court to submit reference against Ahsan Iqbal, saying that witnesses were not appearing due to coronavirus fear.

The PML-N leader expressed anger over NAB‘s statement asking why he was put in jail for two months when there were no witnesses.

The anti-graft watchdog body alleged that Iqbal had illegally initiated a project of Rs 3 billion in Narowal, causing a loss worth billions to the national exchequer.

NAB claimed to have received a complaint that the Narowal Sports City was constructed at a cost of approximately Rs6 billion, which was a violation of rules.

Zak Crawley undergoes scans on right wrist after slipping over outside dressing room; England batsman Ollie Pope available for selection for first Test against India in...

Mahira Khan Talks About All Her Firsts.